Added some new levels that require using the new time mechanics to solve them, such as this one: 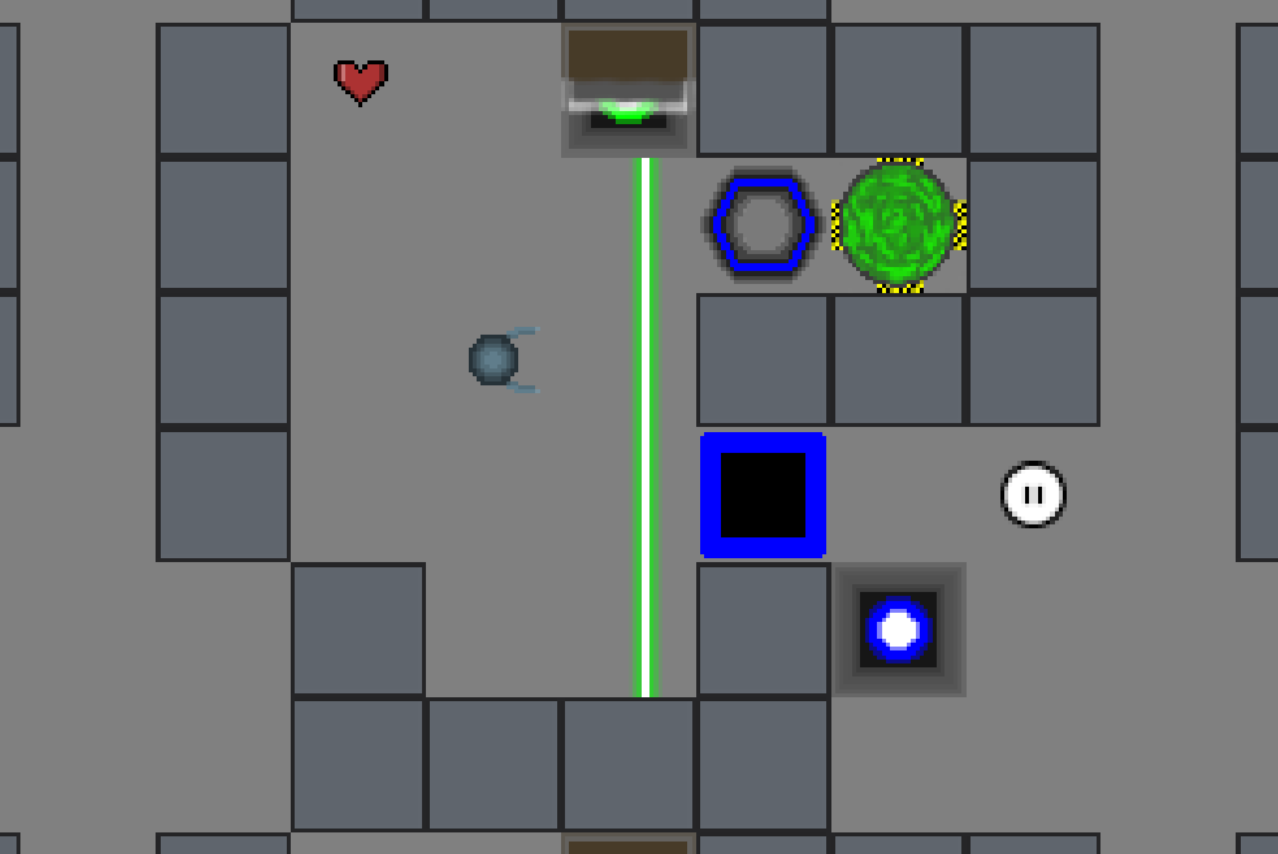 Not sure about having a “time machine” you must pick up, to enable the rewind/unwind controls. It would probably introduce the same bugs as time areas, since unwinding a rewind would no longer reproduce the same state.