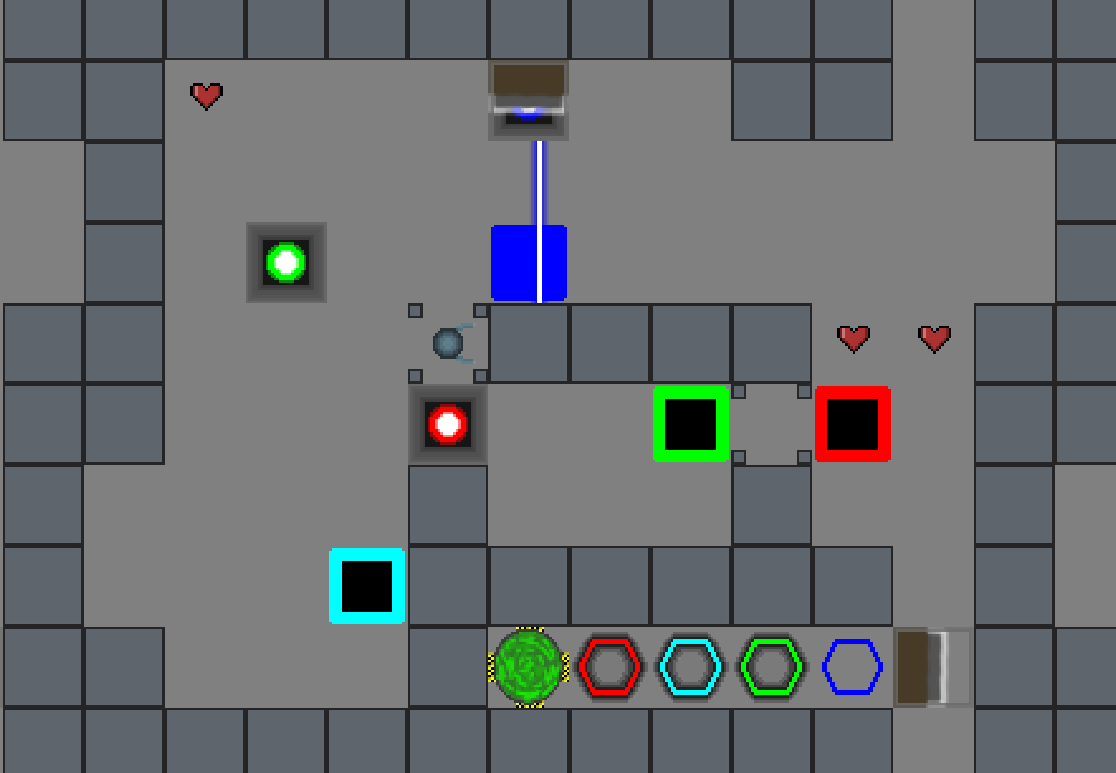 I simplified the goal of the game, by keeping the portal always active - so the goal is just to make it to the portal. The goal blocks now control these new entities called “color posts”, which act as walls until all goal blocks of the corresponding color are solved.

All of the old levels were salvageable, by stacking up each color used in front of the portal. The concept of the posts out of order, or not all blocking the portal, make for very interesting sub-puzzles inside of levels.

I decided to solve the edge cases with posts by having the concept of “heavy” objects. When a heavy object is on top of a post, which later becomes unsolved, the heavy object keeps it down until it is moved off. This unsolving case can happen from black blocks, life points, or time travel. The player and blocks are considered heavy - so even the case of multiple objects moving on/off are allowed, as long as it happens in the same move.

Objects that are not heavy (such as life points), won’t keep the post down. They will become “stuck” since exiting a post that is up is not allowed. It must be lowered again to access the object on it.

Once the graphics are back to 2.5D, I’ll make the color posts the same shape as walls, tinted with their color. They’ll have an animation for going up/down to make it clearer how they work.

This upcoming week I’ll focus on how to introduce lasers and mirrors. After that it’s either vehicles or some mechanic for handling rotation. There’s also the possibility of having 1/2 or 1/4 sized goal blocks, with the alignment always hitting a certain direction laser. With basic goal blocks, rotation does not do anything, so the small goal blocks may allow for more possibilities.