For now I resized all the sprites down to 32x32 (they were around 128-256 before). These are all placeholders while I get the logic implemented, and levels designed. It would be nice to start with better art to allow more people to not immediately dismiss this game, but this is the best I can do right now. I think I may have to lower the resolution further until I get enough practice making art.

The perspective doesn’t all match yet, and many of the scaled down sprites need to be re-made, with color palettes in mind, etc. 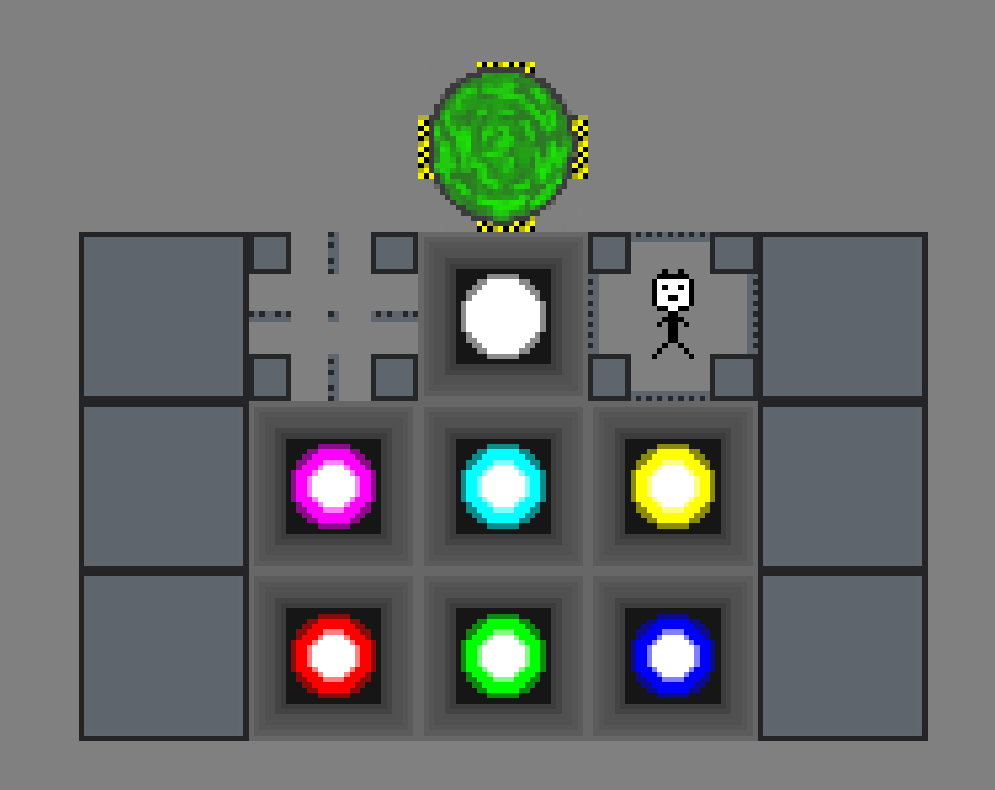 After allowing laser pass-through, this bug came up as expected: 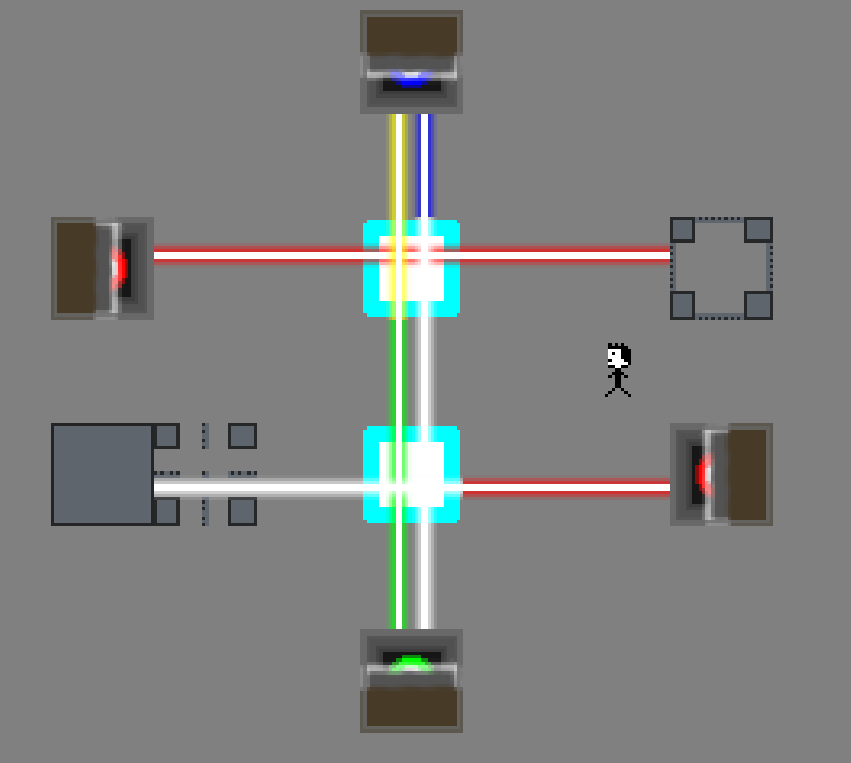 But it is now fixed: 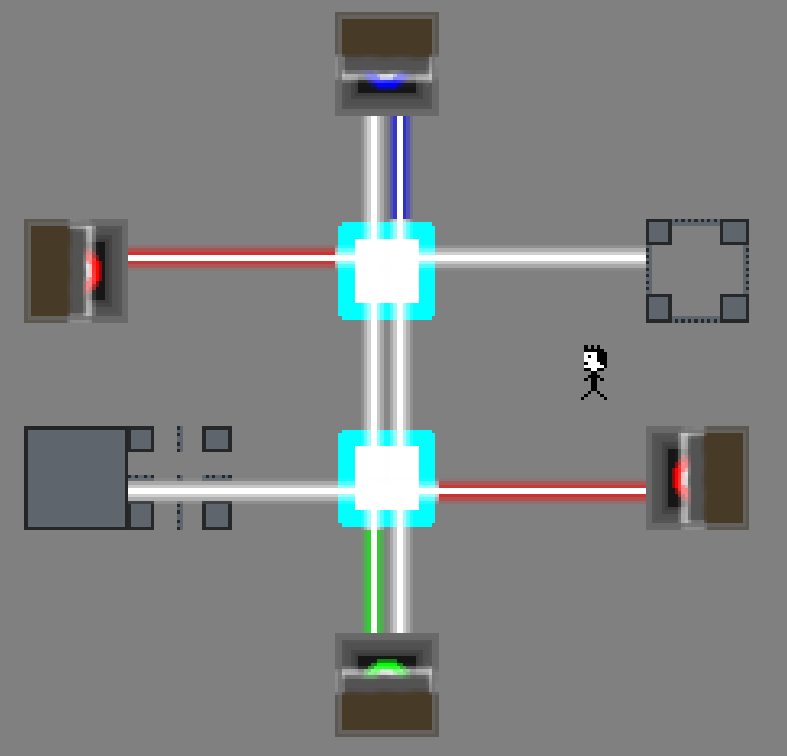 All the beams end up white, because red + green + blue make the block colors white, and all of those beams hit both blocks.

I had to write a new algorithm to re-calculate laser beams being emitted from blocks that other lasers affect at different times. There are probably more efficient ways to calculate this using dynamic programming, but for now this is fast enough with the test levels. Lasers are the most computationally expensive part of the game, so it will be one of the first things considered during optimizations apart from rendering.